Cornelius Williams, UNICEF’s Director of Child Protection and member of WeProtect Global Alliance’s Global Policy Board reflects on three decades of work in the child protection sector and the challenges and opportunities in combatting child sexual exploitation and abuse online.

Sexual violence against children is an age-old crime. But the digital environment has added oil to the fire, by creating new ways to harm children and amplify existing forms of abuse.

Throughout my career, I have worked with children experiencing violence, exploitation, and abuse in a wide range of contexts. But there is something uniquely sinister about the contemporary misuse of technology to exploit children. It offers perpetrators unprecedented access to children and increasingly sophisticated means of concealing their behaviour. For the victim, the digitisation of real-world abuse means that the abuse and its associated harms, pain and suffering can live on in perpetuity.

As internet access has increased, we’ve seen a consistent rise in reports of this horrific abuse. The lofty ambition of universal connectivity by 2030 must be accompanied by serious measures to address this crime. If left unaddressed, these trends will constitute a major setback in global efforts to end violence against children, as set out in the 2030 Sustainable Development Agenda.

At the starting blocks

I took on the role of UNICEF’s Director of Child Protection in 2015. At that time, an estimated 3.2 billion people were using the internet. It’s risen to 5.3 billion today.

In 2015, there were a handful of initiatives to tackle online child sexual exploitation and abuse, but they were not comprehensive. The ways in which the internet and new and developing technologies were heightening children’s vulnerability and exploitation had been recognised by the international community in successive World Congresses against child sexual exploitation –  in Stockholm in 1996, in Yokohama in 2001, and in Rio de Janeiro in 2008. However, practical global cooperation was largely limited to the law enforcement sector. UNICEF had begun to systematically step up its programmatic work in this field.

In 2015,  I also attended the second WeProtect Global Alliance’s summit in Abu Dhabi, United Arab Emirates. Over 50 countries attended that summit and agreed to develop, in their own countries, a coordinated national response to online child sexual exploitation guided by the WeProtect Global Alliance Model National Response. The Model National Response provides a holistic framework for countries to design and build the necessary capabilities to address this issue. It is built on many years of work by experts and practitioners.

An unparalleled wave of political commitment

In these seven short years, the issue of online child sexual exploitation has become firmly implanted on the global public policy agenda. The commitments from Abu Dhabi were reaffirmed in the Alliance’s summits in Addis Ababa (2019) and most recently in Brussels (2022). In my thirty-year career, I have not seen a child protection issue generate comparable political support in terms of scale and speed.

Through the Alliance, we have a credible Global Threat Assessment that shows the nature and extent of the problem. We have shown that there are effective responses that we can put in place at national and global levels using the Model National Response and the Global Strategic Response to guide us.

UNICEF has supported at least two dozen low- and middle-income countries to implement comprehensive national responses to tackle online child sexual exploitation and abuse. Together with the Alliance, we’ve recently published the Framing the Future report – a review of the Model National Response which documents diverse national responses to online child sexual exploitation and abuse from 42 countries. We are also pleased to have worked with INTERPOL and ECPAT International on the Disrupting Harm initiative to carry out national research in Eastern and Southern Africa and Southeast Asia, with support from the End Violence Fund.

Today there are 100 countries, 64 companies including major technology companies, 85 civil society organisations and 9 intergovernmental organisations that have committed to addressing this issue through membership in the Alliance. This is a major achievement.

Technology-facilitated child sexual exploitation and abuse is going to be one of the most critical child protection issues in this century. As I retire from UNICEF and make way for a new UNICEF representative to the WeProtect Global Alliance Global Policy Board, I see there are four main areas in which we still have work to do based on lessons learned over the past decades.

We must build a protective environment for all children and integrate the prevention of online child sexual exploitation and abuse into existing systems, rather than dealing with it as a singular issue.

Over my career, I have learned of the dangers of siloing specific child protection issues and creating separate systems and structures that sit outside those already tasked with protecting children more broadly.  I’ve seen this first-hand in many projects that have been set up to respond to other ‘topical’ issues that have evoked popular concern. Once donor attention waned, these parallel structures quickly collapsed and root causes were left unaddressed.

While a focus on a single issue can bring much-needed policy attention and resources, we need to get the balance right by ensuring these efforts contribute to strengthening child protection systems.

We need to be able to measure results and show policymakers the outcome of the investment in the systems that we are advocating for. We need better measures of the prevalence of child sexual exploitation and abuse in every country to assess trends and progress towards its elimination. We need stronger national administrative data systems to track the delivery of services to children with relevant links across borders. To ensure accountability, data collection efforts need to be owned by countries rather than private institutions.

Governments are duty-bearers under international children’s rights law and must drive national action. However, every sector has an important role to play. Civil society needs to hold duty-bearers accountable and accompany rights-holders. The private sector has a duty to respect children’s rights. The technology industry has capabilities that the child protection sector does not. We need their innovation and expertise in building and deploying technology solutions to address the technological aspects of this challenge.

Finally, we cannot design or shape policies and interventions without the participation of those affected.  I have seen how well-intentioned responses can re-traumatise survivors and trample on their rights if their voices are not heard. Survivors are now engaging in the global dialogue and demanding their rights in the digital space. These include survivor networks that have become strong advocates for national action. We must keep the digital space safe so that children, youth and survivors can meaningfully and safely participate in the issues that affect them.

As I come to the end of my tenure, I look back at my participation in the WeProtect Global Alliance as one of the highlights of my career. A strong, independent entity that brings together public and private stakeholders is vital in driving progress to protect children from sexual exploitation and abuse in the digital age. I am proud that UNICEF has contributed to this over the last several years and know that this will continue to be a priority in the years to come.

Society & culture discussions in our Portal

You must be a logged-in member of the Portal to view more and join in the full discussions.

Discussing accountability of evolving technology and the ownership of responsibility and duty of care to children.

Access the Portal to collaborate with other member organisations: Login | Register 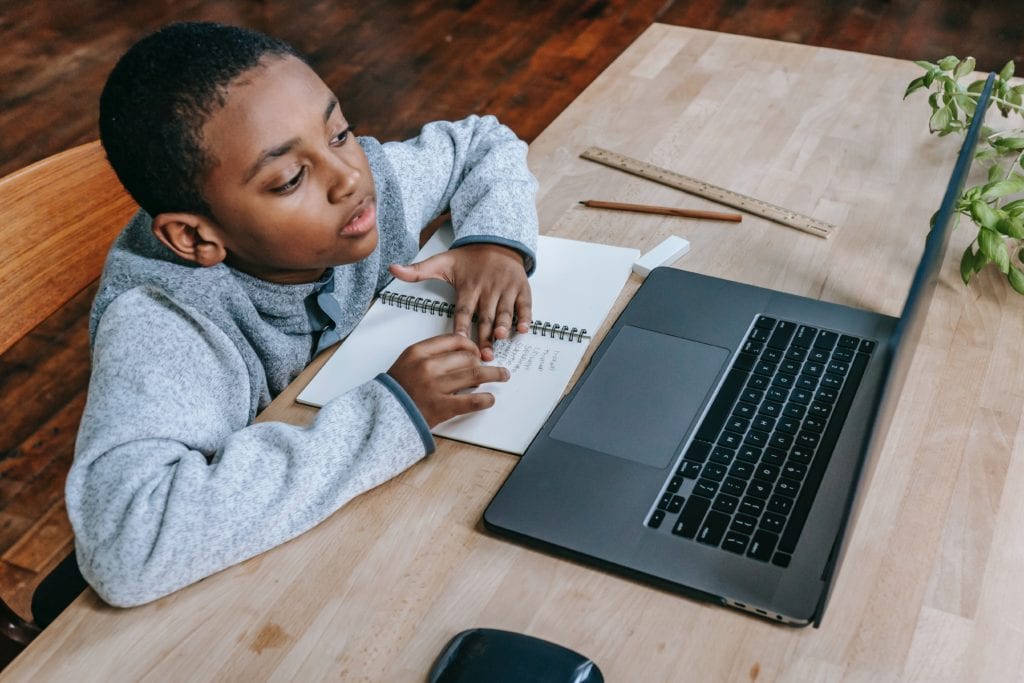 Last month at a ‘together to end violence’ event discussing solutions to end child sexual abuse and exploitation the Secretary General’s Special Representative on Violence Against Children, Dr Najat Maalla M’jid said that “we must move out of silos addressing all forms of violence against children …we can’t divide sexual violence online and offline … our vision and action must be broad and start with prevention”. 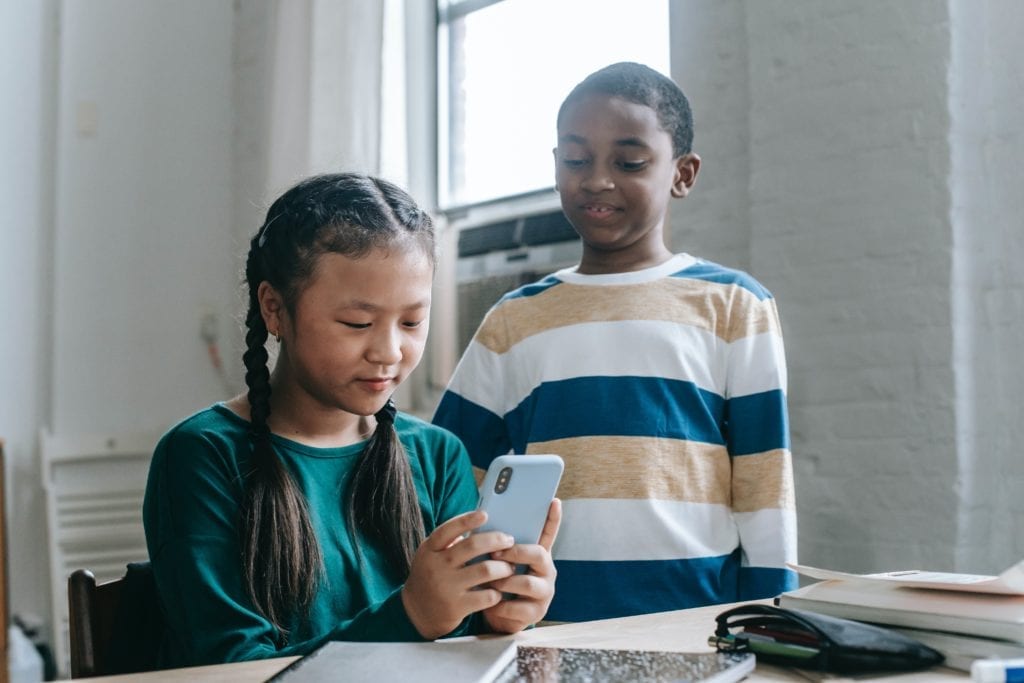 ITU has long been committed to collaborating on a global approach to the challenge of empowering and protecting children from potential sources of online harm.

The Alliance brings together experts from government, the private sector and civil society to protect children from sexual exploitation and abuse online

Stay updated on the important issues and the Alliance's work with our newsletter.

Society & culture discussions in our Portal

You must be a logged-in member of the Portal to view more and join in the full discussions.

Discussing accountability of evolving technology and the ownership of responsibility and duty of care to children.

Access the Portal to collaborate with other member organisations: Login | Register

Please confirm you want to block this member.

You will no longer be able to:

Please note: This action will also remove this member from your connections and send a report to the site admin. Please allow a few minutes for this process to complete.

You have already reported this .
Clear Clear All